A Ford F-150 pickup truck went through the lobby of a Goodyear Tire Store located at 456 King Street, N. This second accident occurred after the F-150 was involved in an accident with a blue sedan that had been headed north on Dr. Martin Luther King, Jr. Street, N. when the driver of the F-150 got out of the truck without putting it in park. The initial impact was between the blue sedan and the F-150, which was headed southbound on Dr. Martin Luther King, Jr. Street. After that initial impact, the driver of the F-150 pulled into the parking lot of the tire store but in the confusion of the event failed to put the vehicle in park. A passenger in the F-150 then attempted to stop the vehicle from moving forward but may have accidentally pushed the accelerator instead of the break, causing the final collision with the tire store showroom. A woman sitting inside the tire store was injured.

Regardless of how the initial impact occurred and who is legally responsible for it, the pickup truck driver is also negligent for getting out of the vehicle without placing it in park. While an accident is a stressful life event that can cause people to make mistakes that they would not normally make, I have to believe that a jury would likely hold the pickup truck driver responsible for that degree of negligence because putting a vehicle in park before you get out is considered routine. There is a possibility of some sort of medical condition affecting capacity that may explain why the F-150 driver failed to put the vehicle in park. There will likely be an analysis of whether it was foreseeable that a driver may forget to place their vehicle in park after an accident.

Thereafter, as crazy as it sounds, the passenger may also have some legal liability in this accident because the passenger voluntarily undertook it upon himself or herself to attempt to stop the vehicle but did so improperly. In Florida, when you voluntarily assume an action that you are not required to take, you assume a legal responsibility to do it appropriately.

The Restatement (Second) of Torts at section 323 states:

One who undertakes, gratuitously or for consideration, to render services to another which he should recognize as necessary for the protection of the other’s person or things, is subject to liability to the other for physical harm resulting from his failure to exercise reasonable care to perform his undertaking, if:

(a) His failure to exercise such care increases the risk of such harm, or
(b) The harm is suffered because of the other’s reliance upon the undertaking

Therefore, without the passenger’s intervention, the F-150 likely would have hit the lobby of the tire store, causing minimal damage as opposed to major damage, and likely would not have injured the woman sitting in the lobby. 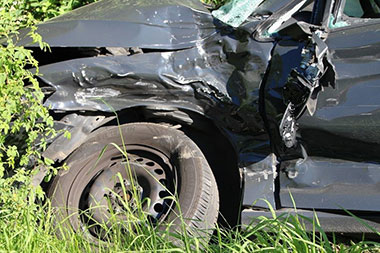 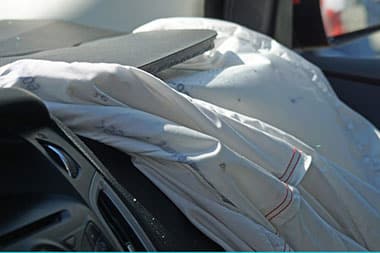