Do I Owe Taxes On My Personal Injury Settlement?

Settlements For A Physical Injury Or Sickness

Many CPA’s do not regularly see clients who have suffered a personal injury and are not aware of the exception involving cases where there has been a “physical injury.”  In general, a settlement that includes a portion for lost wages or is undifferentiated does create a tax liability.  However, the IRS has carved out an exception as described in IRS Publication 4345  that where there is a “physical injury,” then an undifferentiated settlement is not subject to taxation (assuming that you have not deducted itemized medical expenses for the injury).

Settlements For Something Other Than A Personal Injury

If your claim was an economic claim only (no physical injury), then you will have some tax liability for your settlement.  Examples of claims that are economic only would be for:

What Happens If You Go To Trial?

The IRS treats a settlement and a trial verdict the same as long as you have suffered a physical injury.  If your case goes to trial an there is a clearly allocated portion of the court award for lost wages, then the IRS considers the time off of work due to a physical injury as related to the physical injury and, therefore, not taxable (see IRS Lawsuits, Awards, and Settlements Audit Techniques Guide 2011).

In such a situation where the settlement agreement is silent as to what portion of the defendant’s payment is for confidentiality, a tax court can determine what portion was paid to keep the plaintiff’s silence and that portion becomes taxable.  See Amos v. Commissioner, 83 T.C.M. 663 (2003).

Talk To Us About Your Case

If you have questions about whether you owe income taxes as a result of your settlement, give us a call to discuss your case with a Lakeland personal injury lawyer.  We serve clients with personal injury and medical malpractice matters in Polk County including Lakeland, Winter Haven, Bartow, and Haines City, Florida.

A pedestrian crossing Berkley Road at the intersection with Leo Drive in Auburndale, Florida was struck on May 15, 2020 at approximately 7:40 p.m. The Ledger indicates that Moses Wearing was driving a 1993 Mercury Villager going southbound when his minivan struck a pedestrian who... 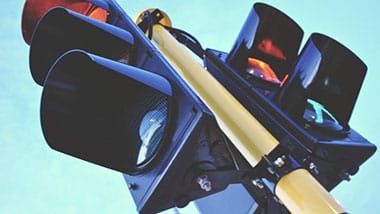 In the case of Lexington Insurance Company v. Towanna James, as Personal Representative of the Estate of Noami James, et al, Case Number 1D19-1954 (Fla. 1st DCA May 8, 2020), Florida’s First DCA held that an insurance company with the amount of damages limited by a bankruptcy...